Ashvin Kumar is one of India’s most gifted filmmakers, and received an Oscar nomination for his first film, The Little Terrorist in 2005. Since then he has worked on several other films, two of which, The Forest and The Road to Ladakh are due for imminent release. In his films Kumar explores interaction and relationships across cultures and between man and nature. Much of his work draws inspiration from the spectacular environment of the Himalaya, and his latest film, The Forest is having its UK premiere at Himalaya Festival. 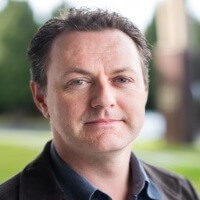 Mark Turin is an anthropologist and linguist, and is a well-known expert on the cultures of the Himalaya. He has worked closely with many communities and organisations in Nepal and Sikkim, and his publications on Himalayan languages and cultural diversity have been influential in academic and policy circles. After several years with the Himalayan Languages Project at Leiden University, he co-founded Digital Himalaya, a project devoted to preserving and disseminating film, image and documents from the region through the internet. He now directs the World Oral Literature Project, based at Cambridge University. 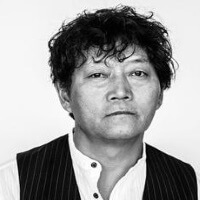 Gonkar Gyatso is an artist, and the founder and director of the contemporary art gallery, The Sweet Tea House in East London. Born in Lhasa in Tibet, he studied Fine Art in Beijing and London, as well as working for a period in Dharamsala. His art reflects his varied experiences of the Chinese, Tibetan and British art and cultural establishments, negotiating the uncertain space between Tibetan artistic traditions and modern, globalised culture, and has been exhibited widely in Asia, Europe and North America. 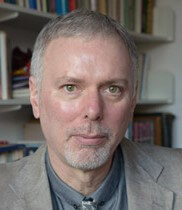 Michael Hutt is Professor of Nepali and Himalayan Studies and Dean of the Faculty of Languages and Cultures at the School of Oriental and African Studies, where he has taught for more than 20 years. He is a renowned expert on the modern literature and culture of Nepal and the Nepali diaspora, and has written the definitive English translations of many Nepali texts. A regular visitor to the Himalaya, he has also been engaged with the politics of the region, publishing books on Nepal’s civil war and the issue of Bhutanese refugees. His works include Himalayan Voices: an Introduction to Modern Nepali Literature (1991) and Himalayan People’s War: Nepal’s Maoist Rebellion (editor, 2004).

Triveni Balkrishna Acharya is President of the Rescue Foundation, an NGO devoted to the rescue and rehabilitation of victims of human trafficking and the sex industry in South Asia. Having begun her career as a journalist in Mumbai, she took over the helm of the Rescue Foundation after the death of her husband, the organisation’s founder, in 2005. She has been awarded the Stree Shakti (Woman’s Power) by Sonia Gandhi and Women of Peace award by the Women’s Peacepower Foundation for her outstanding work with some of society’s most vulnerable and marginalised people. The Rescue Foundation is Himalaya Film & Cultural Festival’s associated charity.